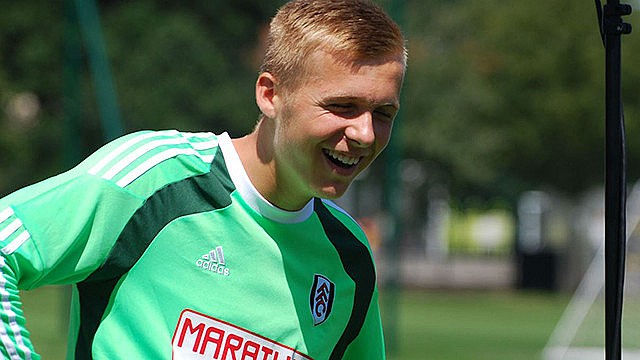 The 20-year-old joins from Fulham on loan until the end of the season.

Rodak, who has been a regular in the youth sides at Craven Cottage and has spent time on loan at Farnborough and Welling United, came to England from his native Slovakia in 2013.

He has been named on the bench for the Fulham first team already in his short career and recently signed a new contract extension.

He follows in the foosteps of Marcus Bettinelli and Jesse Joronen who have both previously made the temporary switch to the Wham Stadium from West London.

The new recruit goes into the squad for tomorrow’s game with Cheltenham Town, subject to EFL ratificiation.