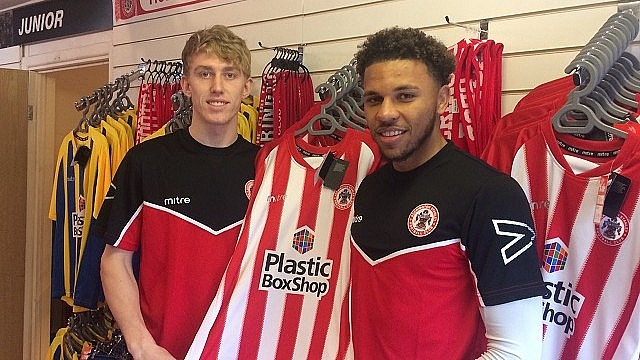 The Hull City duo have signed on loan until the end of the season with the Reds.

They watched the victory over Crewe on Saturday and are pushing for a starting place against Hartlepool today.

Striker Edwards has league experience having come through the ranks at Peterborough and playing three times for them.

He has scored 13 goals in around 15 games in all competitions for Hull Under 23s.

“I am really excited,” said Edwards, 20. “I had a scholarship at Peterborough, I played three times for them and moved to Hull in the summer.

“I haven’t yet got a league goal so that’s my aim. I enjoyed the Crewe game, it was on the edge, it was good to watch and I hope I can help Accrington climb the table.”

Defender Rodgers, 20, has been at Hull since Under 10 level.

“It’s a great opportunity for both of us as we wanted to come out and play first team football.

“We have looked at the League Two table and it’s so close – a few wins for Accrington and we can move back into the top half of the league.”