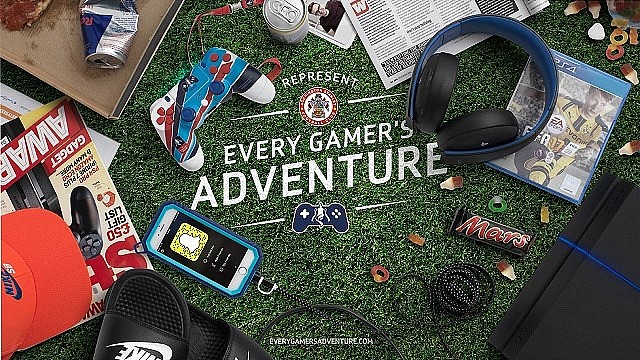 The FA is excited to announce that the much-anticipated Emirates FA Cup gaming tournament Every Gamer’s Adventure, is returning for 2017.

FIFA ‘17 players of all abilities from across the world are invited to compete for a chance to lift the famous trophy at Wembley Stadium connected by EE on Saturday 6 May 2017.

The one-day e-sports tournament replicates the format of the real Emirates FA Cup, with one player selected at random to represent each club from this year’s Third Round onwards. Early rounds will take place in iconic locations in the stadium such as the player’s tunnel and the changing rooms, in a gaming event unlike any other.

Lucy Roberts-Hartley, The Emirates FA Cup Senior Brand Manager said: “We’re incredibly excited to announce the return of Every Gamer’s Adventure to Wembley Stadium in 2017. Last year’s tournament was action-packed and saw the likes of Bury FC reach the Quarter Finals, showcasing – much like the real Emirates FA Cup – that truly anything can happen.

“We want to invite gamers from across the world to register for a chance to take part and descend on the home of football, raising the stakes even higher in 2017 to see if anyone else can cause an almighty Emirates FA Cup upset.”

The eventual winner’s adventure will culminate with the famous 107 step climb from the pitch up to the Royal Box where they will lift The Emirates FA Cup in celebration of being crowned this year’s winner.

Just like the real tournament the gamers will need to bring their ‘A game’ and overcome the odds of any potential slip-ups in the early rounds of the competition. The eventual victor will receive a VIP experience at The Emirates FA Cup Final on Saturday 27 May 2017, as well as the prestige of being Every Gamer’s Adventure Champion 2017.

In 2016, at the inaugural Every Gamer’s Adventure, after a staggering 540 minutes (nine hours) of football were played across the competition, Chelsea and their representative Harris Riaz finally won the tournament with a thrilling 3-1 win over Southampton live in the centre circle at Wembley Stadium played on the 82ft screens.

Players can enter via www.EveryGamersAdventure.com, where they will be entered into a ballot and subsequently selected at random to be one of the 64 names in the Third Round draw. Applications are now open and will close on Friday 10 March 2017 with those selected in the ballot notified by Friday 24 March 2017.