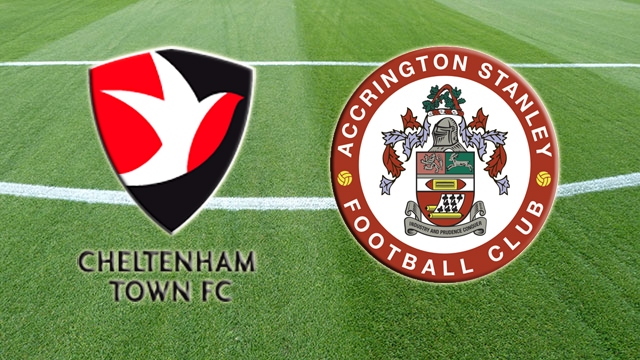 Cheltenham Town are the hosts as Stanley aim to keep up an encouraging run of form.

There’s been much talk of the FA Cup lately but after success in that competition attention turns quickly back to league matters.

Stanley will be aiming to continue their climb away from the bottom two in League Two.

Opponents Cheltenham must have the same idea though, after a midweek Checkatrade Trophy win boosted them.

Stanley have had an encouraging start to the new year and head south unbeaten in three matches in all competitions.

The Reds have won two and drawn one in that run, registering victories against Crewe and Luton.

John Coleman’s side are 20th in the table ahead of kick off, four points above the bottom two and eight from the top half.

The Stanley squad has a slightly more streamlined look to it going into the game.

That’s after loanees John O’Sullivan and Zak Vyner returned to their parent clubs after their deals expired and Chris Eagles left the club.

Coleman hopes to add to his squad soon and a deal could be completed in time for the game.

National League champions Cheltenham are back in the Football League after an absence of just one season.

The Robins bounced back at the first time of asking following relegation two years ago and will now be keen to consolidate their position in League Two.

Gary Johnson’s side have had a mixed season so far and sit second bottom of the table at the moment, though within a point of Notts County in 22nd.

Vastly experienced manager Gary Johnson took over at Cheltenham in March 2015 and though he was unable to save them from relegation he did lead them straight to the National League title and promotion the following season.

He’s well known in Football League circles after spells with the likes of Yeovil, Bristol City, Peterborough and Northampton Town.

He has a League Two title on his CV so knows all about what it takes to be successful in the fourth tier.