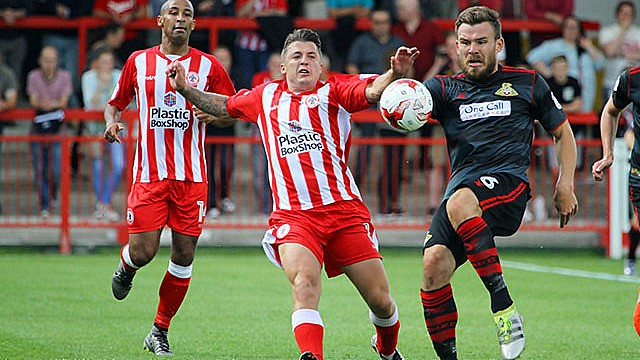 Accrington Stanley have had their appeal over Scott Brown’s red card on Saturday at Cheltenham rejected.

The midfielder was sent off in the 62nd minute for a tackle on Billy Waters and the Football Association have turned down the appeal.

The FA statement says: “Scott Brown will serve a four-match suspension with immediate effect after his claim of wrongful dismissal was rejected, following an Independent Regulatory Commission hearing.

“The Accrington Stanley player was sent off for serious foul play during the game against Cheltenham Town on 14 January 2017. His suspension includes the standard sanction of an additional game as it was his second dismissal of the season.”