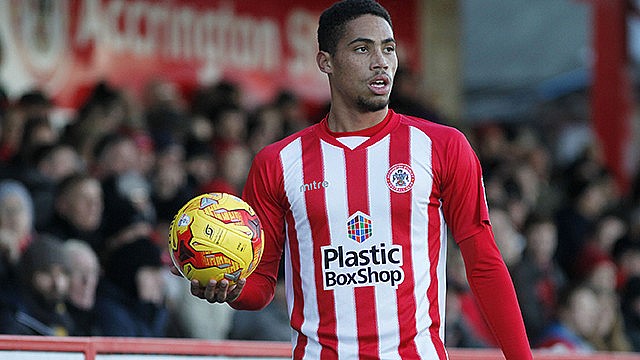 Zak Vyner was pleased to be back in action for Stanley in the Lancashire Senior Cup against Southport, even if the game ended in defeat.

The on loan Bristol City full back only returned to the squad for Saturday’s trip to Leyton Orient after a spell out through illness.

The 19-year-old had to be withdrawn against Yeovil after feeling unwell but got his first action since being signed off by medical staff against the Sandgrounders.

“It was good to get back out there as I hadn’t done anything for a while,” he said. “Nobody likes losing games but the 90 minutes and starting playing again will hopefully do me good.

“It was a massive boost to get the all clear. I had to get all the checks done. I felt ok but it’s obviously all done as a precaution and I was buzzing to be back on the bench at Orient without even getting onto the pitch. It was good to be back.

“There’s a chance to get into the side on Saturday and if you get that chance you have to take it. I hope I can get the opportunity and get another 90 minutes.

“I needed a game to blow the cobwebs out and get going again and I think this has been a good opportunity for me to do that. Hopefully I’ll be ready for Saturday now.”