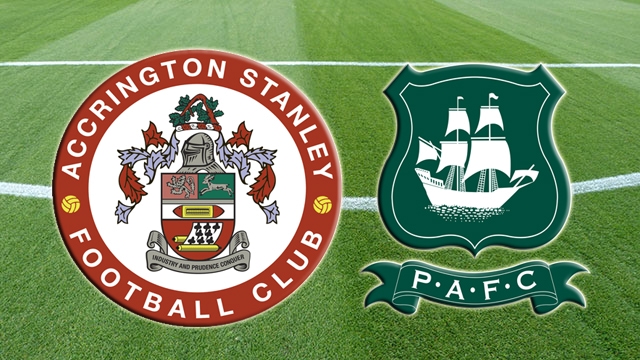 Stanley return to the Wham Stadium tomorrow with three points on the agenda.

Two teams involved in the play-offs at the end of last season meet again with contrasting fortunes this season, much to Stanley’s frustration.

The Reds host Plymouth for the first time since a win in March put them in a strong position to win promotion to League One.

Now the priority is picking up league points to climb away from the bottom two, with John Coleman’s team currently sitting just a place from the relegation spots.

Defeat at Leyton Orient brought an end to Stanley’s mini run of two games unbeaten in league and cup.

They’re looking for a first home win, and a first league win, since beating Blackpool 2-1 in mid-October.

The Reds are 22nd in League Two, three points ahead of Cheltenham in the second relegation spot.

Sean McConville misses out as he serves his suspension following his red card at Orient.

Goalkeeper Elliot Parish missed the trip to Brisbane Road with a knee injury but has returned to training this week.

The Reds are also hopeful that Billy Kee will be available again, with full back Zak Vyner back in the picture after playing in the Lancashire Senior Cup in midweek.

After play-off final defeat to AFC Wimbledon last season Argyle have returned with a sense of renewed purpose to get themselves into League One.

They lead the way heading into the game, two points clear of second placed Carlisle.

He led Argyle to the play-offs in his first season at Home Park.