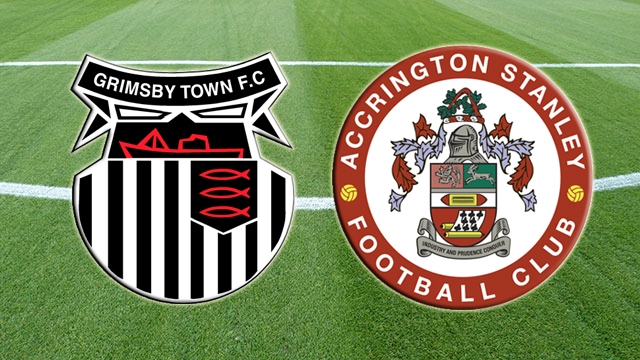 The traditional festive fixtures see Stanley make back to back away trips.

Things begin with a trip to Grimsby Town tomorrow for Boxing Day football.

For the first time since 2009 Stanley head to Blundell Park to take on Grimsby Town for the annual slice of Boxing Day football.

The Mariners are back in the Football League and will be keen to give their home supporters something to cheer about.

But the Reds have seen their winless run in the league continue and believe there’s no time like the present to change their fortunes and add points to their tally.

Last weekend’s 1-0 defeat to Plymouth means that John Coleman’s side are without a win in eight league matches.

They last picked up all three points in mid-October against Blackpool.

The Reds sit outside the relegation places only by virtue of superior goal difference but have felt recent performances have deserved far more.

Defender Janoi Donacien has returned to training following surgery and could be included in the 18.

Aaron Chapman missed the defeat to Plymouth with a back problem but could be in contention for a return.

Play-off final victory over Forest Green in the summer brought Grimsby a return to the Football League and they’ve set about establishing themselves in League Two this season.

Though manager Paul Hurst moved on to Shrewsbury a couple of months into the campaign, replacement Marcus Bignot has picked up the baton and they find themselves mid-table.

Like Stanley, wins have been hard to come by in recent weeks, with the Mariners taking maximum points just once in their last eight outings.

Marcus Bignot was appointed as the new Grimsby Town manager in November 2016.

He arrived at the club having spent five years at now National League side Solihull Moors, where he guided the West Midlands side to promotion last season.

The former defender was a youngster at Birmingham City before spells at Telford United and Kidderminster Harriers, moving to Crewe Alexandra in August 1997 for £100,000.

Spells with Bristol Rovers, Queens Park Rangers and Rushden and Diamonds followed before he ended his playing career back with Kidderminster and went into coaching and then management with Solihull.

On the day prices are as follows: