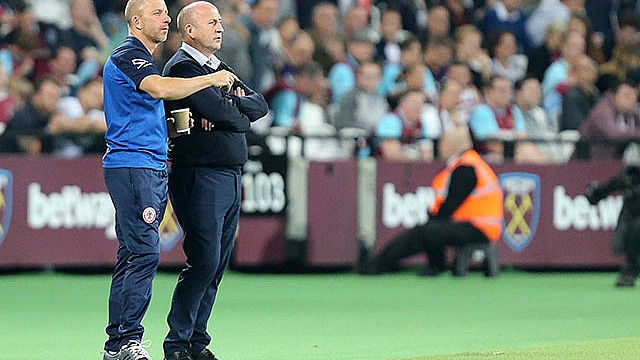 Coley: Got to stay in top seven

John Coleman is happy to see Accrington Stanley in a play-off spot but knows more than anyone that it means nothing at this stage of the season.

Stanley went into seventh place with their late victory over Blackpool and travel to ninth placed Crawley on Saturday, who have the same points as the Reds.

“But, we know, it doesn’t count for a lot at this stage of the season. You can be in the automatic promotion spots until the last minute of the last game of the season as we did last season and it’s doesn’t guarantee you will stay there.

Coleman knows his side had luck on their side against The Seasiders with a disputed late penalty getting the Reds back in the game – and knows it will continue to influence matches.

“Luck or fortune will also play a big part,” added Coleman. “Historically, we have not had a lot of good luck but, I have watched the game back against Blackpool, and we played better than I thought we did at the time and Blackpool didn’t play as well.

“When you are caught up in the emotion of the game, you perceptions can be distorted so it’s important to watch the game again dispassionately and see what we did right and wrong without emotions involved.”