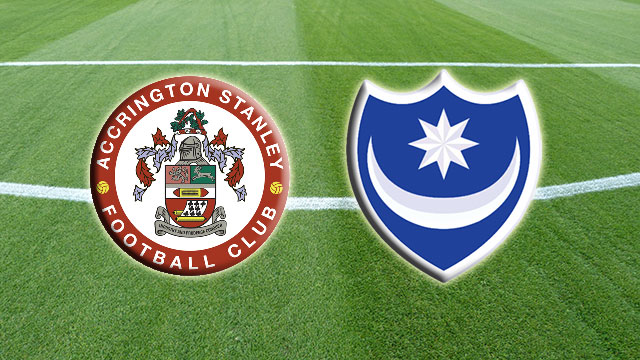 It’s back to the Wham Stadium for the Reds tomorrow as John Coleman’s team host Portsmouth.

Stanley will aim to back up last weekend’s win against Notts County with another three points against Pompey.

After back-to-back away games for Stanley it’s now back home for a game before a week of travelling in league and cup.

The Reds return to the Wham Stadium to host Portsmouth hoping to continue their improved form and better the last two home league results which have seen them beaten.

The last couple of weeks have seen performances start to turn into points and with a number of injuries in the squad having cleared up it’s an optimistic camp ahead of kick off.

The Reds are unbeaten in their last two matches after drawing at Carlisle before winning 2-0 at Notts County last weekend.

That was both a first away win and a first league clean sheet of the campaign.

Now the aim must be to take three points at the Wham Stadium for the first time since the opening day against Doncaster.

Shay McCartan remains a doubt for Stanley as he looks to shake off a continuing problem with a dead leg.

Other injuries have cleared up though, with Scott Brown and Jordan Clark having returned to the team last weekend and Chris Eagles fit enough for the bench.

Portsmouth were play-off semi-finalists last season just like Stanley and like the Reds returned for the new campaign hoping to have another successful season.

They started slowly, without winning any of their opening four games in all competitions, but have since found their form.

The former FA Cup winners now find themselves second in League Two as they head north to the Wham Stadium.

Paul Cook, along with assistant Leam Richardson, are well known to Stanley fans.

Both played for the Reds and midfielder Cook was instrumental in helping the Reds during their Conference winning season.

After John Coleman’s departure in 2011, Cook managed at the Wham Stadium before a switch to Chesterfield. Richardson then took over and guided Stanley to League Two safety before linking up with Cook at Chesterfield.

The pair took over at Pompey in May 2015, missing out on promotion, like Stanley, in the play-offs last season.