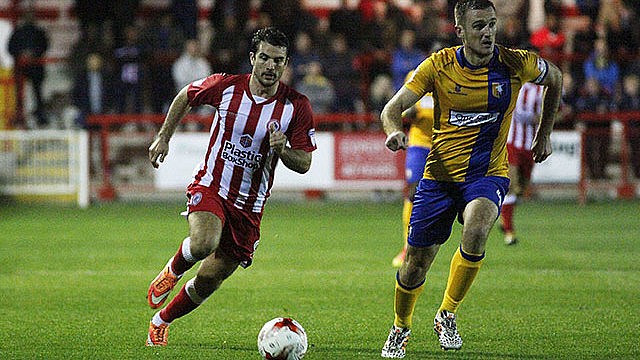 Fit again Terry Gornell thinks a first goal of the season and breaking the 100 mark of club appearances constitutes a good week for him.

The striker netted the leveller against Mansfield last night having started a game for the first time since being ruled out by a groin injury last month.

He feels the only downside was that the Reds were unable to win the game and had to settle for a 1-1 draw.

“Personally it’s been a good week,” said the 26-yar-old. “I was just pleased to get onto the field on Saturday (at Colchester) and make a difference. I got half an hour and it was my first real bit of game time since my injury. I was pleased to contribute and that we won the game. 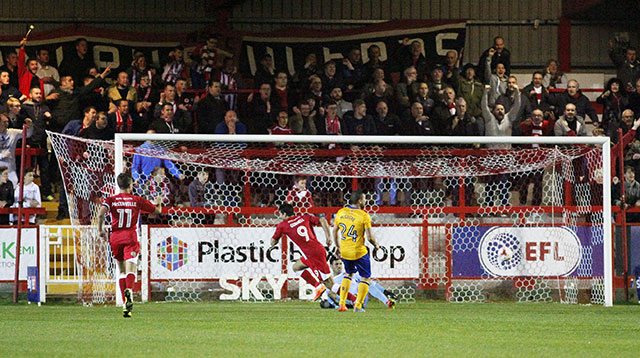 “To get the goal against Mansfield was pleasing but there was a little bit of frustration in the dressing room afterwards because we wanted the three points. To achieve what we want this season we need to be winning home games and I think we’ve dropped too many points at home already.

“They came to turn the game into a battle and were better than us at it in the first half. In the second half we were a lot better. Earlier on in the season we might well have lost that game. We could’ve gone under and conceded a few more but at 1-0 we were in the game and managed to take a point.

“There was only going to be one winner once we scored. When I scored I did think we’d go on and get a second and maybe even a third. If Sean’s counts then who knows. It’s hard to say when you’re on the pitch but our instinct was that he was onside.”