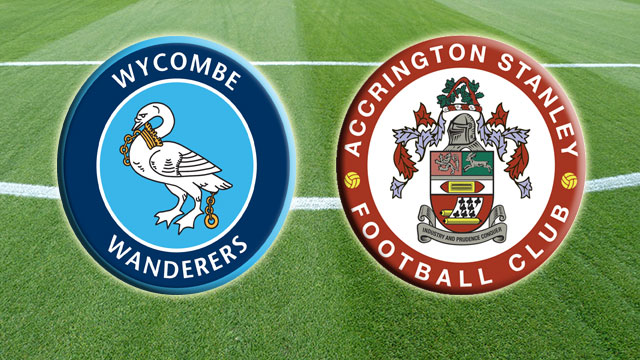 A second away trip of the week sees Stanley travel to Wycombe Wanderers.

After weekend defeat to Barnet the Reds will be out to make amends at Adams Park.

Stanley hit the road for a second time in a week looking to bounce back from their first defeat of the season at Barnet at the weekend.

The Reds return to Adams Park just months after their last trip which saw them cement last season’s play-off spot.

It’s one won and lost one in the league for the Reds so far, with a 3-2 opening day win over Doncaster followed by Saturday’s 2-0 reverse at Barnet.

That means they’ll be looking to find the net for the first time since that opening day win tomorrow night.

Billy Kee is stepping up his training after recovering from a shoulder injury and could make the trip south.

Terry Gornell is likely to be ruled out with the injury sustained at Barnet at the weekend but Shay McCartan could return.

Rommy Boco could be available despite being withdrawn late on at the Hive.

Goalkeeper Elliot Parish returns to contention after serving his one match ban for his red card against Bradford City.

After a mid table finish last season Wycombe will be hoping that the new campaign brings a return to contention at the top end of the table.

Two seasons ago the Chairboys were beaten play-off finalists after a couple of years spent battling relegation.

Under the guidance of Gareth Ainsworth they lost their opening game of 2016/17 against Crawley but picked up their first victory of the campaign against Grimsby at the weekend.

Having played for the likes of Preston, Wimbledon and QPR during his playing days, Gareth Ainsworth took over managerial duties at Wycombe in 2011.

He guided the club to safety in his debut season and again in 2014, before taking his side to the play-off final in 2015.

He was named LMA Manager of the Year for his achievements in that campaign and led the Chairboys to 13th place last season.