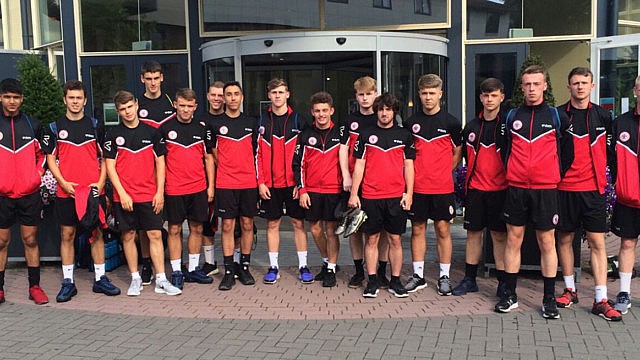 Scholars Nathan Wolland and Harry Waterhouse give us an insight into the U18s pre-season tour to Holland….

The lads started their first official match day with breakfast before getting on the coach for a two hour journey to ADO Den Haag. 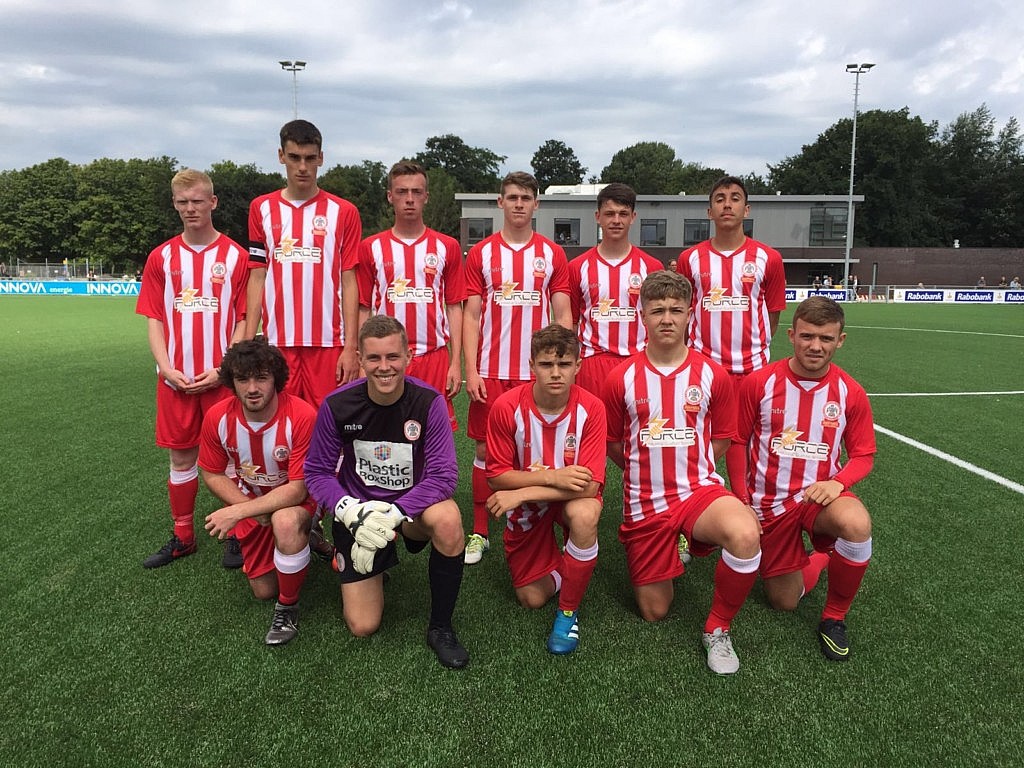 The lads turned up and showed what they’re capable of Josh Hmami later described it as a ‘great team performance’. Nathan Webb was flaunting tricks with multiple megs, whilst Harry Blackburn turned up with what we all thought was deserving of a man of the match performance, hitting the back of the net multiple times through his hard work, however only one counted due to multiple questionable offside decisions. Joe Rathbone scored first for Stanley, with our second penalty of the half. Jack Randell also rattled the bar from 35 yards out. The lads held out for the rest of the half with Jack Little keeping a clean sheet until the whistle following a good first performance in the friendly against Blackburn. 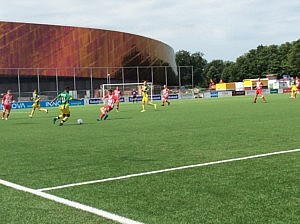 In the second half the lads were holding their own when Rathbone went down with a niggle; we kicked the ball out so he could receive treatment, the oppositions coaches then told their players to not pass us back the ball and to just continue playing which Luke Moran thought was ‘very disrespectful’. This is when the game went to the next level and gave the lads even more fight. The ball was played up to Blackburn who hit it first time to Hmami who pulled out a fantastic ball back to Blackburn who finished his only goal of the game which actually counted. 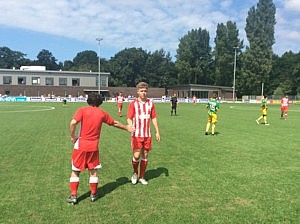 The subs came on and settled in well with Niall Watson getting himself in the position to score a goal, Tom Reilly working hard in the middle and Zehn Mohammed strong at the back alongside Ross Sykes who played well and was steady all game. Although the players and coaches were not happy with some decisions made by the referee, it was explained how this is part of the learning process for all. Overall it was good for the team as it gave us the experience and desire and we felt that we more than put enough work in to come out on top. The game finished 2 – 1 to Stanley, David Fitzgerald said “The lads performance was very pleasing and they did more than enough to win”

The game was followed by the quiet but happy journey home before a much enjoyed pizza tea which was also made for a happy hotel as the Blackburn lads won their game also.

The first week has flown by, everyone is having a great time and really enjoying the experience.