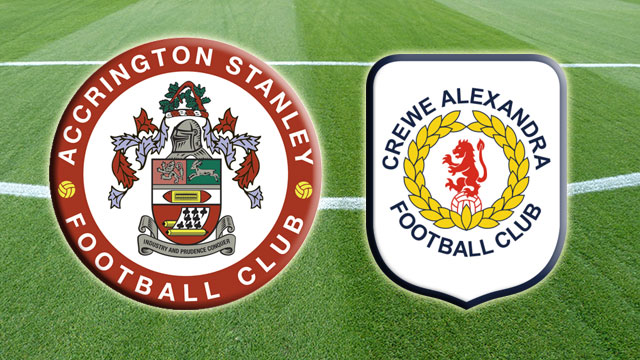 Crewe are the visitors for the first match of the newly revamped competition.

It’s a fourth consecutive home game for Stanley in a third different competition as the Checkatrade Trophy begins.

The Reds will be looking to start off with a victory that can be a springboard for league form.

But it’s been a different story in the league, with back to back defeats at home to Exeter and Morecambe something the Reds will be keen to recover from quickly.

John Coleman is still without a number of first team regulars, with Terry Gornell and Scott Brown both still ruled out by injury.

Chris Eagles has missed the last few games too and it may be too soon for him to return.

Several players are struggling with knocks sustained against Morecambe but Mark Hughes is available, with his suspension not coming into force until Saturday.

Following relegation from League One last season, Crewe will hope to return to the third tier at the first time of asking by winning promotion this season.

They hadn’t lost a league game with one win and three draws in their four league encounters prior to Saturday – they will count it as a decent start though will be keen to bounce back from their weekend defeat to Cheltenham.

As well as the Clarets he played for Crewe, Barnsley and Oxford before having player-manager roles at Northwich and Nantwich.

After taking charge at Gresty Road, he led Crewe into League One in 2012 but they endured a number of battles against relegation before dropping back in May.