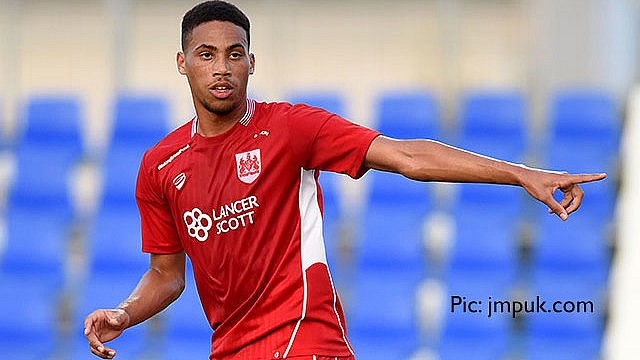 The defender has agreed a deal to come to the Wham Stadium until January.

Vyner is 19 and has already experienced Championship football with his parent club.

“I’m excited for this challenge,” he said. “It will be a different sort of test and one I’m looking forward to getting started.

“It was disappointing to pick up a foot injury in pre-season but now I’m back fit and ready to get playing games.”

Vyner bolsters Stanley’s defensive ranks and manager John Coleman is pleased to have him on board.

“He ticks all the boxes,” he explained. “He’s young, hungry and he’s already played in the Championship so he’s had experience of playing at a good level. We can give him the chance to come here and get a lot of league games under his belt and then go back and fight for a place in the Championship.

“He covers a couple of positions, which is a big boost whenever you sign a defender. We haven’t got a great deal of cover and all of a sudden if you lose a couple to injury or suspension it could prove a problem.

“Experience is vital. He hasn’t played a lot but he knows what is required of him. The big plus for us is that he’s very keen to come and we’re looking forward to welcoming him.”