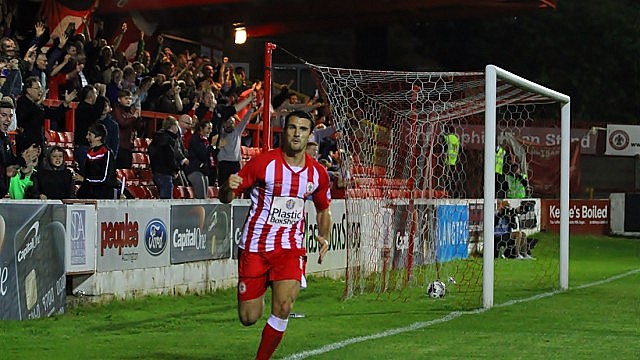 The striker, who returned to the club last summer after being part of the 2011 play-off team, has put pen to paper on a contract which will keep him at the Wham Stadium until 2018.

The 26-year-old is hoping to remain injury-free this season after ankle and ligament problems in the last campaign left his sidelined in two spells.

“Last season was the hardest in terms of injuries, I have never had so many,” said Gornell. “I started the season and then got an ankle injury.

“I came back and we were flying so it was hard to get back in the team. I scored against Luton in April and then was out for a month with ruptured ligaments.

“Personally it was a tough season but it was a great season for the team and we have got to build on that.

“It is a new season so we have got to be ready to go again and see where it takes us.

“I just want to make sure I stay fit and have a good season. We came so close last season and it was hard to take but it is football and we are now all looking forward.”

Manager John Coleman said: “Terry struggled with injuries last season but he we hope he can make a big impact this season.”