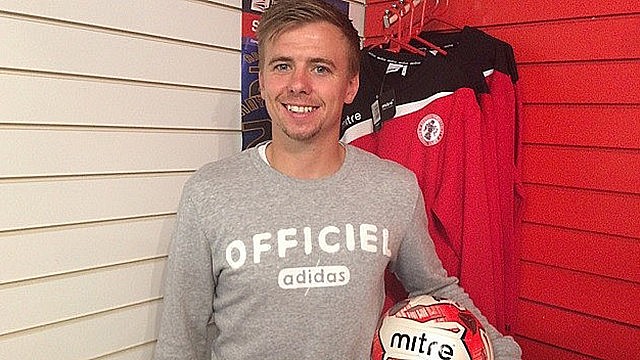 The 22-year-old is focusing on breaking into the Reds first team after making three substitute appearances for the Clarets between 2012-2013.

He has also had loan spells at Alfreton and Chester, finishing last season at Conference side Southport.

“I was at Burnley as a scholar and then I signed a two-and-a-half year professional deal,” said Steven, who is from Wythenshawe.

“I made my debut against Brighton in April 2012 and also played in the Capital One Cup against Plymouth and came on against Watford in the Championship in 2013.

“I had loan spells at Alfreton and then last year I was at Chester and finished the season at Southport. I knew I wouldn’t break into the first team at Burnley so I knew I was going to be released.

“When my contract was up at the end of last season, my agent made contact with Accrington Stanley and I have been on trial.

“It’s hard coming on trial, it’s a nervy time and it’s competitive so it was a huge relief when the gaffer offered me a contract.

“I know Shay McCartan from my Burnley days so I have kept in touch with his and Accrington’s progress and I know they like to play football and not just lump it forward so it suits my style of play.

“It’s a big season for me as I am 22 and want to play regularly and hopefully I can do that with Accrington. It is nice to be sorted and signed up and I can’t wait to get going.”