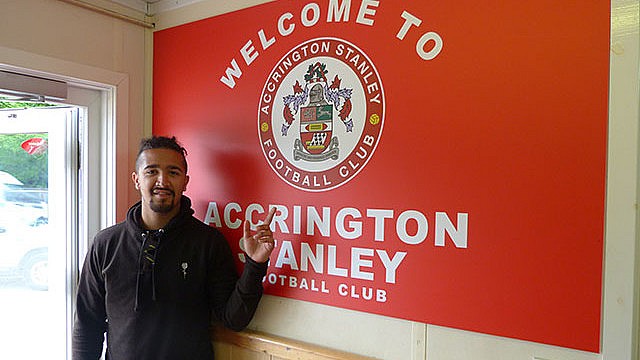 The 24-year-old has put pen to paper on a 12 month deal at the Wham Stadium with the option of a further 12 months after leaving Carlisle United.

Hery came through the ranks with French giants Paris Saint Germain before moving across the channel to Sheffield Wednesday and has Football League experience from a promotion campaign with Rochdale and last season with the Cumbrians.

Stanley assistant manager Jimmy Bell is pleased to welcome him to the club.

“We believe he’ll be a fantastic addition,” said Bell. “He’s got experience at this level and he fits into our category of player. He’s hungry and wants to be successful and in that respect he’ll fit right in. We hope he can be successful for the club.”

“I’m really pleased to have signed here,” added Hery, who will join up with his new team mates for pre-season at the start of July. “I think everyone was impressed by Accrington doing really well last season. I played here in the night game when we drew 1-1 and it was a really hard game. The manager said he’d seen me in a few games and I was really happy to come here and join the team. I hope I can do well next season.”

Bastien Hery follows Aaron Chapman and Omar Beckles in signing up with the Reds for 2016/17 and further additions will be announced here on the official website in the coming days.