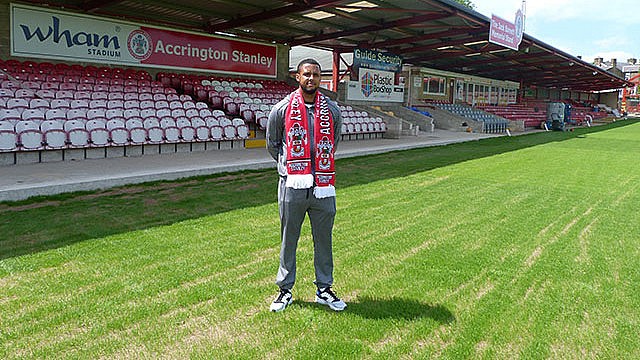 Left back signs up

Accrington Stanley have completed the signing of left back Frazer Shaw.

The 21-year-old former West Ham youngster was a free agent after leaving Leyton Orient and has signed a two year contract at the Wham Stadium.

He is the fifth player to have joined Stanley this summer

“I’m very happy to be here,” he said. “It’s another opportunity for me to push on in my career. I’ve heard it’s a good club so I’m really happy to be coming here.

“I just want to really push on now, do well for the club and hopefully we can get promoted.”

Shaw made 30 appearances for Orient last season having joined the O’s following a spell in non-league with Billericay and Dulwich Hamlet.

He was called up for the England C international squad during his time in non-league football and was part of the same squad as new Stanley team mate Matty Pearson.

Assistant manager Jimmy Bell is pleased to welcome him to Stanley.

“It’s a rarity for us to have a left footed player,” he explained. “He’ll balance the team up and will be a great addition for us. He can play left back or up one in midfield and we’re expecting big things from him to tell you the truth.

“We target young and hungry lads. That’s what brought got us where we were last season and it’s what we’ll do again.

“I asked Frazer what his ambition was and he said that it was to play at the highest level possible. That’s a great attitude to have.”