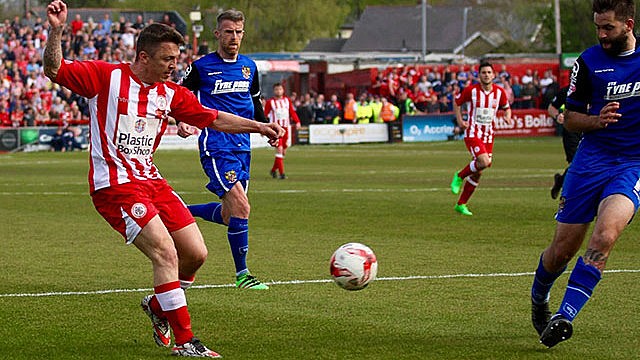 Midfielder Scott Brown has committed his future to Accrington Stanley, signing a new contract with the club.

The 31-year-old has penned a new deal to keep him at the Wham Stadium until summer 2018.

He was a virtual ever present at the end of last season having joined the club on a free transfer in January and turned down offers from other clubs to stay with the Reds.

“Come the end of the season, I’m sure as other players did, there were other options and opportunities put in front of me but I’ve enjoyed my time here and working with the gaffer and Jimmy and I always think if it ain’t broke, don’t fix it,” explained Brown.

“I’m happy here, I’m glad that the club have been able to give me stability and an offer that I’m really happy with and I’m glad to be part of what I think will be good things next season.”

Brown joins Mark Hughes in signing a new deal with a number of last season’s squad already committed for the new campaign.

“It’s great that Scotty has signed a new deal,” added manager John Coleman. “He’s been great for us since coming in and we’re pleased to have him for another two years.

“When I was out of work I was constantly telling managers to sign him up because I felt he was one of the best players around after I had him at Southport. Now we’re lucky enough to have him here.”