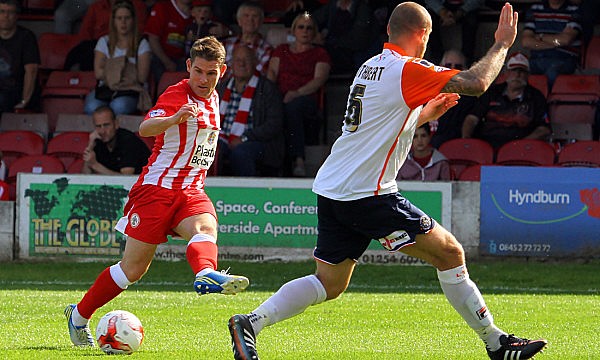 The 30-year-old was offered a new deal by Accrington Stanley manager John Coleman but has opted to join the National League side in a one-year deal.

Barry, whose Stanley contract runs out on July 1st, returned to the Reds for a second spell in 2014 – after being at Stanley for part of the 2005-6 Conference-winning campaign – but has found first team opportunities limited.

Everyone at the Wham Stadium wishes Anthony Barry well.