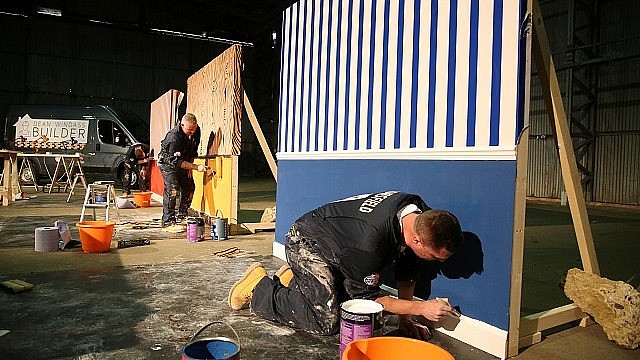 The move from the trades to professional football is a well-trodden path with a long list of past and present players starting out as tradesmen, including current Southampton striker, Charlie Austin who was a builder before he became a prolific Football League goalscorer with Swindon Town, Burnley and Queens Park Rangers.

Tradesmen who think they’ve got what it takes to win the one month trial at a Football League club have until 12th June to showcase their skills by submitting videos of their footballing talent to www.tradesmantrials.co.uk .
The best entries will then be invited to attend an exclusive Tradesman Trials day, in association with The Football League that will take place by the end of June, where they will be put through their paces in front of a selection of scouts and Fiat Professional’s football ambassadors.

The winner will then select his preferred club from those signed up to the campaign* and receive a £2,000 prize.
Former tradesmen turned professional footballers, Stuart Pearce (electrician), Dean Windass (hod carrier) and  Geoff Horsfield (builder) kick started the campaign by taking part in a Tradesman Challenge to see if they have still got their tradesman skills.

The series of challenges included plastering, painting and wallpapering, re-wiring a plug and building a brick wall. Ex-referee Dermot Gallagher was on hand to keep everyone in check throughout, while comedian Ian Smith provided commentary on the players’ efforts.

To view the Tradesman’s Challenge video and find out who won visit http://po.st/F8MSGb.

Stuart Pearce commented:  “When I first moved to Nottingham Forest from Coventry I advertised in the match day programme to get some extra income. I eventually stopped trading but Brian Clough never stopped bringing in his broken irons, toasters and kettles into the training ground for me to rewire!”

Shaun Harvey, Chief Executive of The Football League said: “The Tradesmen Trials from Fiat Professional offer a great opportunity for Football League clubs attempting to unearth the next big talent. I’d encourage as many tradesmen who think they have what it takes to sign up to the trials and give it their best shot.”

Andrea Patti, Fiat Professional Marketing Manager said: “Fiat Professional has a proud history of working closely with tradesmen and satisfying their varying needs in terms of mobility and transport. We know that a large percentage of them are football fans and we are proud to be a partner of The Football League.

“Our aim is to find the next big name who has the footballing ability, but just hasn’t had the right opportunity. We look forward to seeing the entries come through and the winner crowned at the end of June ready for what I am sure will be an incredible experience during the one month trial.”