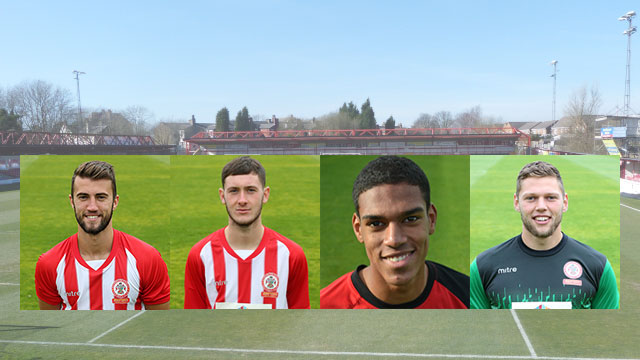 Jason Mooney, Liam Wakefield, Keenan Quansah and Kealan Steenson are all out of contract this summer and will not be offered new ones.

Mooney and Wakefield both joined the club ahead of the 15/16 season, making 43 first team appearances between them.

Youth team products Quansah and Steenson were handed their first professional deals last summer and have spent time on loan in non-league football.

“Telling players they’re leaving is probably one of the hardest things about management but I’ve found sometimes it’s best to be honest and that can be the best for them,” said manager John Coleman.

“I had a good chat with Liam Wakefield and he was of the same opinion as me. The lads are realistic enough to know that they need to play football. That’s refreshing. In this day and age there aren’t enough who just want to play.

“They’re all capable of going on and having good careers wherever they go. We have to look at what’s best for the club and the players. Jason Mooney is too old to be a number two so it’s best for him to look for a new opportunity.”

All the remaining out of contract members of the squad have been offered new deals to stay with Stanley.

Further announcements will be made on each individual in due course.