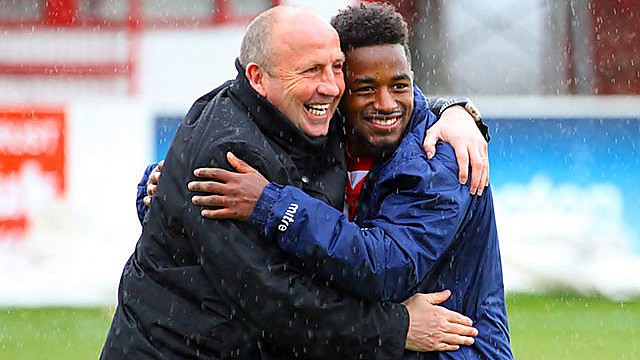 Coley is up for manager of the month, against Wimbledon’s Neal Ardley, Paul Cook of Portsmouth and Cambridge boss Shaun Derry.

The Reds boss led his team to 14 points from six games in April.

Meanwhile Reading loanee Fosu is nominated for player of the month.

He scored three times and notched up two assists in the month as he broke into the starting eleven.

Fosu is up against Barnet striker John Akinde, Stevenage full back Fraser Franks and Lyle Taylor of AFC Wimbledon.

Good luck to Coley and Tariqe.