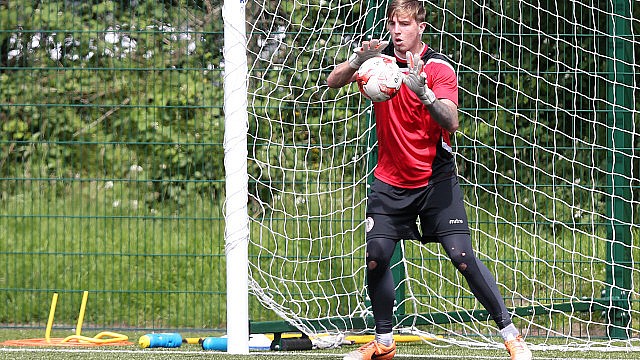 Stanley will be entitled to compensation for keeper Ross Etheridge who will sign for Doncaster Rovers once his contract runs out on July 1st.

Etheridge, 21, came to Stanley after being released from Derby County last summer and battled with Jason Mooney for the number one spot.

He finished the season strongly, helping the Reds to fourth spot before their play-off semi-final loss to AFC Wimbledon.

Etheridge had been offered a new deal by Stanley but has opted to join League Two side Doncaster Rovers once his contract ends.

Being under 24, the Reds will be entitled to compensation for the stopper.

Everyone at Accrington Stanley thanks Ross for his efforts and wish him all the best in the future.