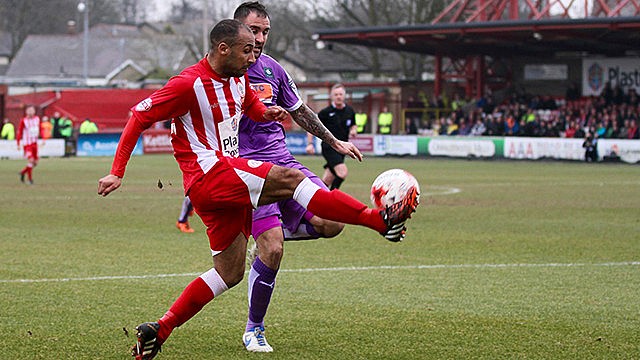 Fans favourite Boco was caught by an arm just seconds after coming on late in normal time in the match at the Wham Stadium which finished 2-2 on the night and 3-2 to the Dons on aggregate.

Boco went to The Royal Blackburn Hospital on Thursday and had to have surgery to correct the damage done. That surgery has been a success and the Benin international now begins his recovery.

Fuller has tweeted a get well message to Rommy wishing him a speedy recovery and emphasising there was no intent and malice in the challenge.