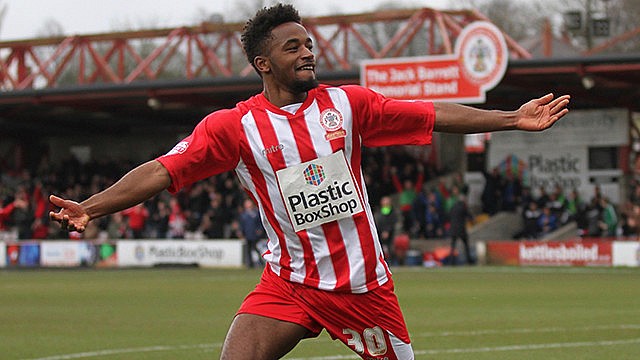 Tariqe Fosu was ‘over the moon’ to score what could prove a crucial goal in Stanley’s automatic promotion push in the 1-1 draw with Cambridge.

The Reds trailed to a fortunate Jimmy Spencer goal but Reading winger Fosu came on for his home debut on 66 minutes and, 11 minutes later, was stroking the ball home after latching onto Scott Brown’s through ball.

It was his first Stanley goal since coming on loan deadline day – although he had scored a league goal while on loan at Fleetwood earlier in the season.

“When I came on the gaffer told me to change the game and do my bit,” said the 20-year-old.

“Scott Brown played the ball through and I did have time to think about it but I slotted it home and there is no better feeling. 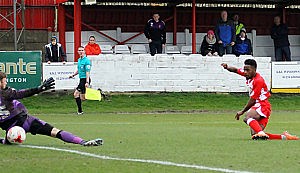 “I was over the moon to get my first goal for the club in my first home game but I am disappointed we didn’t get all three points.

“I am buzzing and the lads are buzzing as it could be a crucial point at the end of the season.”

Fifth placed Stanley are only out of the top three spots on goal difference with six games left of the regular League Two season.