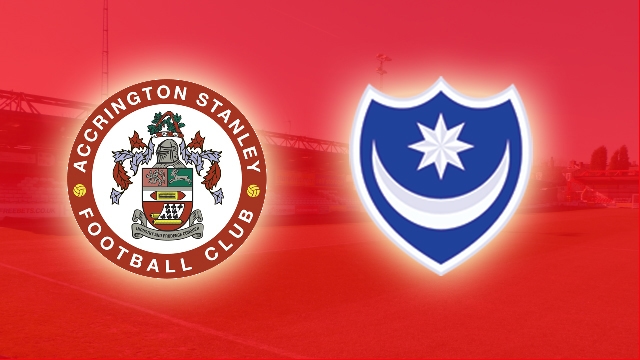 The Reds return home tomorrow for a rearranged game against Portsmouth.

It’s an important clash with implications on the League Two promotion picture with both sides looking to take crucial points.

With their history and recent pedigree, Portsmouth were an understandable choice for promotion favourites from many bookmakers in pre-season.

So far they’ve lived up to the hype having been in the frontrunning pack from the start of the season.

Pompey have spent the last couple of seasons in the fourth tier following their rapid descent down the leagues but there is now a real sense of optimism that they can start the climb back up the divisions. 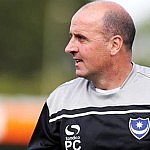 Former Stanley boss Cook has brought a buzz to Fratton Park since taking over in the close season.

After leaving East Lancashire for Chesterfield he led the Spireites to promotion from League Two before getting them to the League One play-offs last season.

He’s assisted by another ex-Reds boss in Leam Richardson, with the pair knowing all about their hosts and manager John Coleman.

Their aim this season will be promotion for Pompey back to the third tier. 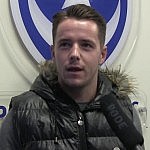 Sheffield United loanee McNulty has been in fine form for Pompey since signing for them in November, netting ten goals since.

The Scot moved south from Livingston last summer after a productive time north of the border and has already made a few appearances for the United first team.

The Reds have gone three games without a win but have only lost one in their last seven matches.

Pompey have hit form of late with two wins and a draw from their last three games.

Their last defeat came at Barnet a fortnight ago.

They are just a place and a point behind Stanley in the league table having played a game more.

Long term absentees Josh Windass and Dean Winnard remain sidelined but there is good news on both. Windass could return as soon as the weekend after hernia surgery and Winnard could be back at the end of the month after a chest operation.

Joe Wright’s injury is worse than first thought and likely to keep him out for more than a few weeks.

Tickets for the original game in January are valid for this fixture.