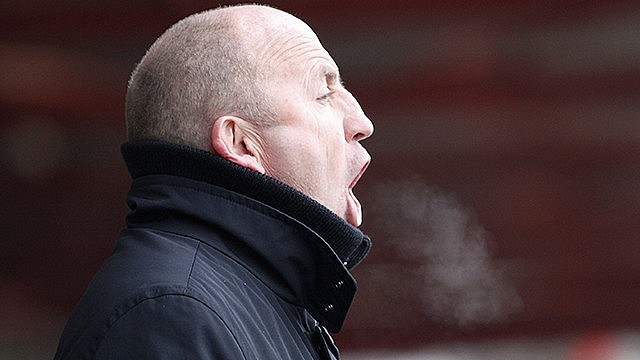 John Coleman says there is no need to panic despite Stanley slipping to a 1-0 loss at relegation battlers Yeovil.

The Reds remain in fourth spot with one or two games in hand on the teams around them and Coleman is sure they will bounce back.

“I am not panicking,” said the Stanley boss. “We want to win games and now we will just move onto the next game and focus on that.

“We have got to learn from tonight’s experience and get better.”

Artur Krysiak pulled off  a stunning save from Billy Kee and also denied Matt Crooks in the first half before Ryan Dickson scored a 64th minute winner for Yeovil.

“For all our dominance in the first half we only tested their keeper twice and he has made two fantastic saves. We had plenty of possession but it’s about scoring goals and we have made a mistake and they have taken a chance.

“They are a good side and Darren (Way) has done a smashing job but even the most ardent Yeovil fan would have said we deserved a draw tonight.

“It could have gone either way, it was an adequate away performance  in terms of controlling the game but we have to take our chances.”