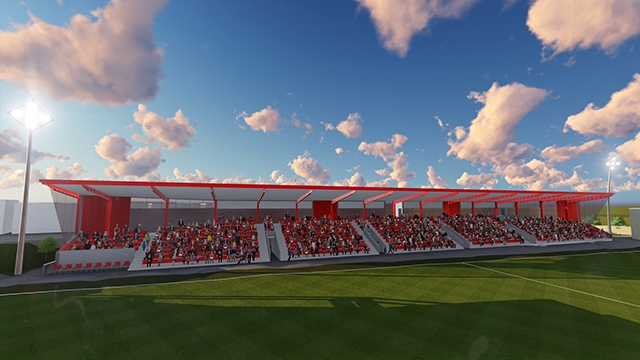 Ambitious owner Andy Holt has hailed a new era at Accrington Stanley after the club put forward plans for a multi-million redevelopment of the Wham Stadium.

Mr Holt has been in talks with Hyndburn Council since he took over the League Two club in October last year about securing a new lease on the ground.

Terms have been agreed on a 50-year lease and now plans are in to begin the first phase of the proposed development which is a new 1,500 capacity all-seater stand. 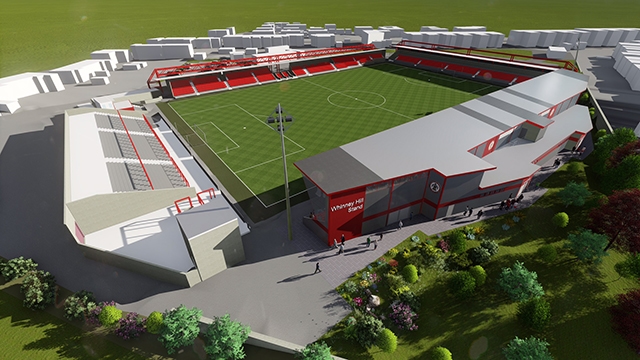 The new stand, to be built down the Whinney Hill side of the ground, will have modern spectator facilities in the concourse and the potential to be split to accommodate home and away supporters.

The single-tier stand is also future-proofed with the possibility of adding corporate entertainment boxes and facilities built into its design.

The present stadium has a capacity of just over 5,000 and that figure is planned to remain the same under the redevelopment plan. 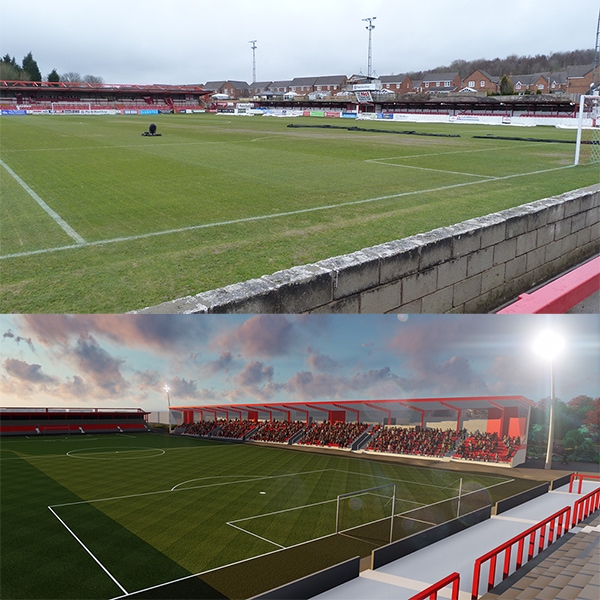 Mr Holt, who owns What More Ltd which are the main sponsors of the Reds, said: “We have been working together with the council and local community and looking at a substantial investment that will improve the entire area.

“We will create community facilities that should make the whole area something the people of Accrington can be proud of.

“It will be also a major boost for football fans coming to the Wham Stadium and improve their match day experience.”

“These are exciting times for Accrington Stanley as the plans will herald a new era for the club. This proposal to grant Accrington Stanley a new 50 year commercial lease, which is subject to Cabinet approval on 23rd March, will see the start of huge investment into the club by main sponsors What More Ltd, which are set to modernise and vastly improve facilities for the fans and the community.” 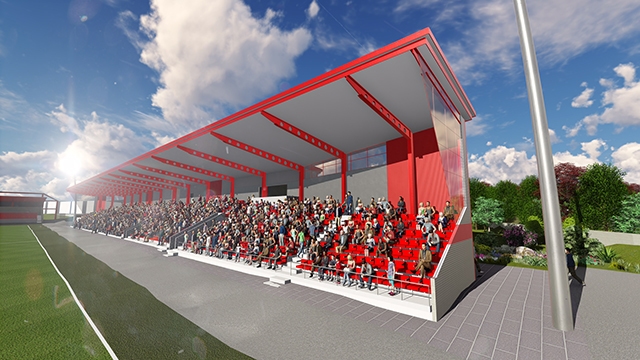 Frank Whittle Partnership has been selected to carry out the work due to their wealth of experience working on successful and innovative football ground redevelopments.

Neil Ainsworth, a partner at FWP, is leading the design team on the project. He said: “We are all excited by the potential to create a modern, vibrant new home for one of the most instantly recognised names in the footballing world.

“Having designed and built around 60 new stadiums and facilities for clubs up and down the leagues and the country, we know what works best for each club and how to make the new ground a real asset to the club, its fans and the town.”