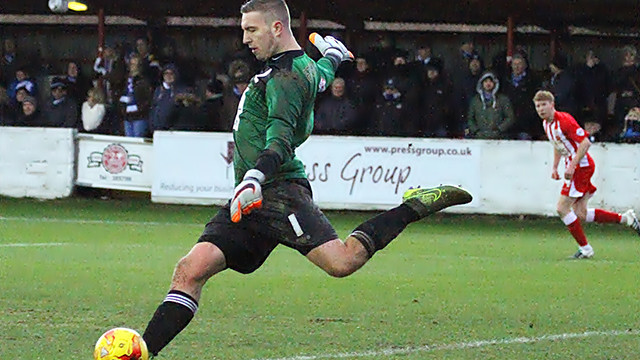 The appeal against Ross Etheridge’s red card at AFC Wimbledon has been unsuccessful.

The goalkeeper was red carded close to the end of Saturday’s game at Kingsmeadow.

An FA panel has decided that there are not grounds to overturn the red card on the basis that Etheridge was denying a goalscoring opportunity.

He will now serve a one match suspension, making him unavailable for tonight’s game with Portsmouth.