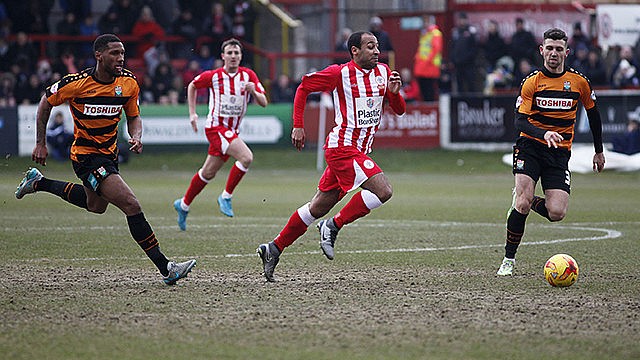 This follows media coverage after the game which suggested Boco was unable to be involved in the match.

“Just to clarify the situation,” said Coleman. “There was an agreement in place for Rommy not to play against Portsmouth if he joined Accrington on loan or his contract was terminated to enable Accrington exclusively to sign him. As neither of these scenarios occurred then no agreement was in place.

“We can categorically state that no agreement with Rommy was in place prior to him leaving Fratton Park. Rommy had not asked to leave Portsmouth. The termination of his contract was done in the interests of Portsmouth and not Accrington Stanley.”