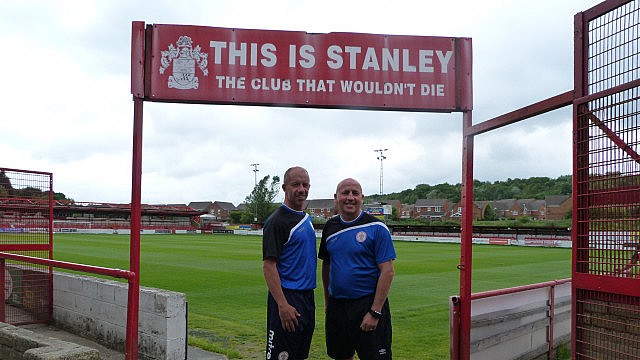 John Coleman has hailed the next three games as the biggest in Accrington Stanley’s history, starting with Portsmouth tonight.

The fourth placed Reds take on Paul Cook’s fifth placed side at the Wham Stadium in a massive match in the promotion chase.

“If we win our next three games we are in the automatic promotion spots, in third place, and nothing can stop that,” said Coleman. “That’s the target we have in our sights.

“There is pressure and you miss it when games do not mean anything. It is up to the players to enjoy what they are doing.

“It is the biggest week in Accrington’s history but first and foremost we have to concentrate on the next 24 hours.

“The lads have done smashing this season but we need to see this job through, there is no point just doing half a job.

“There will be a lot of twists and turns before the end of the season and there will be more important games but this is the next one.”

Not only will ex-Reds manager Cook be returning to the Wham Stadium but there is also former Stanley boss Leam Richardson and ex-Accrington players Gary Roberts and Kal Naismith.

“Obviously Paul and Leam are coming back and Portsmouth are such a big club and it’s a game they do not want to lose – but neither do we.”

Stanley have already faced Pompey twice this season at Fratton Park in the league and FA Cup with a goalless draw in the League Two encounter and a 1-0 victory for Portsmouth in the cup.

“We do know enough about each other and both teams will have different personnel now to earlier in the season.  In the previous two games, both teams didn’t want to lose  – tonight both teams want to win it.”