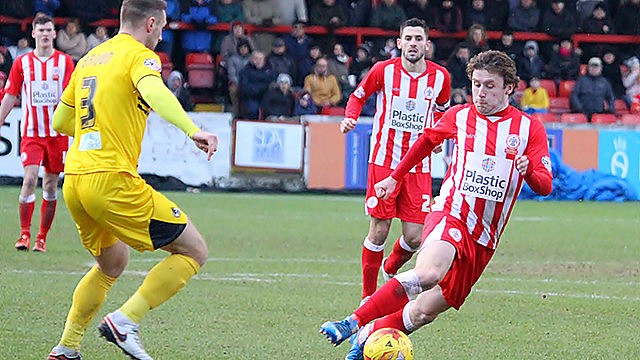 Stanley’s Shay McCartan has made it to the last three for January’s PFA Fans’ Player of the Month for League Two.

He’s up against Gregg Wylde of Plymouth Argyle and Oxford’s Kemar Roofe.

McCartan scored three goals in a week during January as he proved to be the match winner against Hartlepool on his first start of the season.

“It’s great to make the final three,” said the Northern Irishman. “Thanks to everyone who has voted already to get me this far and hopefully you can cast your votes again.

“It’s been good to get into the side and I’m really enjoying having a run in the side.”