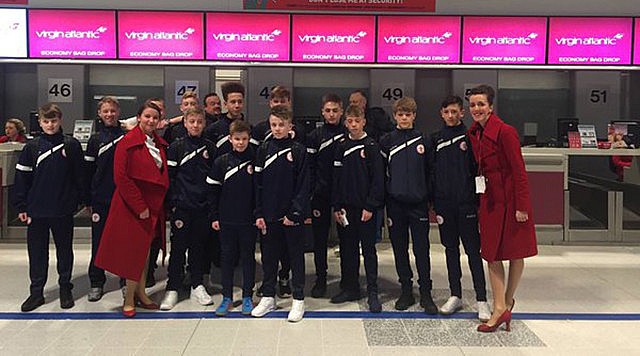 Stanley off to Las Vegas

Accrington Stanley’s Academy is going global as the Under 14s will be involved in a prestigious tournament in Las Vegas this week.

This month’s event will see more than 550 teams involved from the USA, Canada, Argentina, Brazil and Japan.

Stanley’s Under 14s flew out today and will face several USA ranked teams from Nevada, California and Arizona to see if they can advance to the finals.

They will also have a development fixture pre-tournament against the host club Downtown Las Vegas Soccer – this invite has come about as the Stanley Academy continues to grow globally.

“This is a great opportunity for our Academy lads to play in a competitive environment,” said Head of Academy Recruitment Dave Bailey.

“I also feel this is a great learning experience as they players will come up against different styles, cultures and experiences in international fixtures.

“With the added travel this will be a challenge and we know at the Academy you have to come out of your comfort zone to see the personality and character of a player.”

The Academy and its staff have other international ventures planned, including a trip to Madrid shortly, so please keep following.

Further details on how you may be able to be involved with the Academy email: david.bailey@leescarter.com