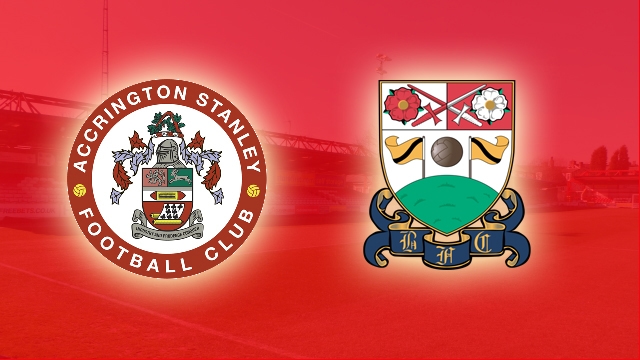 A second home game in a week sees Stanley host Barnet at the Wham Stadium.

The Bees are in good form and it promises to be a good clash as the Reds look to go five games unbeaten. 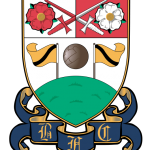 Barnet won promotion back to the league last season as they clinched the Conference title.

They had spent two years back in non-league.

Martin Allen is now in his fourth spell with the Bees and they are currently a comfortable distance off the bottom two as they establish themselves back as a League Two side. 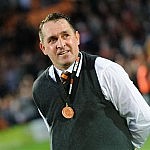 Martin Allen is now in his fourth spell at Barnet, the first back in 2003.

On two occasions he took charge during the closing stages of the season with the club in imminent danger of relegation and he inspired the players to avoid the drop.

As a player, midfielder Allen played over 400 matches in professional football.

He led the Bees to the Conference title last season. 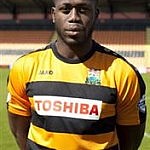 Striker Akinde is a powerful leader of the line and joined the Bees from Alfreton.

Earlier in his career, after impressing at Ebbsfleet, Akinde signed for Bristol City in 2009, before moves to Crawley and Portsmouth were interspersed with a number of loan moves.

He was Barnet’s Player of the Year last season and top goalscorer in the Conference.

He has a dozen goals so far this season.

Stanley are unbeaten in four games and have won back to back matches.

The Reds haven’t lost a home game since October.

They sit fourth in League Two, three points from third.

Barnet’s recent form has been good, with just one defeat in their last six matches.

They’ve kept clean sheets in five of those six games.

The Bees are 15th in League Two, eleven points from the play-offs and 13 from the bottom two.

Stanley’s squad is boosted by the return of two regulars from suspension.

Defender Tom Davies is back in contention following a one match ban and Shay McCartan is available again after a three game suspension. 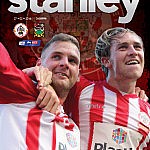 This Saturday’s programme sees the first and only interview with Josh Windass since he agreed to join Rangers in the summer.

The midfielder candidly discusses his recovery from a groin injury, the decision to leave the Wham Stadium and why he wants to end his Stanley career with promotion.

There are all the usual programme features too, all for the same great price of £3 available around the ground.