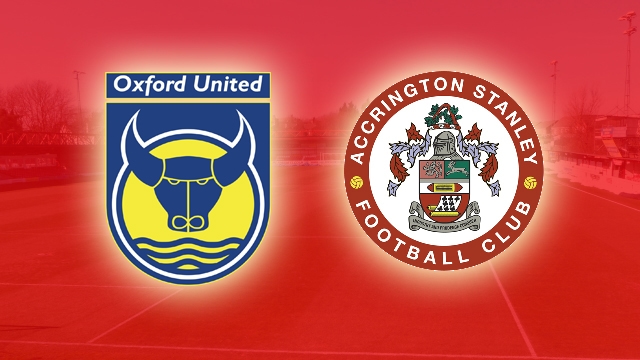 There’s a huge game in the League Two promotion race at the Kassam Stadium tomorow.

Third plays fourth as Stanley make the trip to take on Oxford United.

Victory for either side could be a significant boost in their automatic promotion hopes.

After a strong end to the 2014/15 season, which saw them go eight games unbeaten, many tipped Oxford United as candidates for promotion this season.

A 13th place finish last season saw optimism that could be improved on in the current campaign.

They’ve set about cementing their credentials, with Michael Appleton’s team among the leading sides as the run in to the season looms. 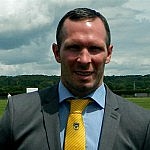 Michael Appleton joined Oxford as head coach in July 2014, having previously been manager of Blackburn Rovers.

The former Preston midfielder started his career at Manchester United and also spent three years at West Brom. After his career was ended by a knee injury, he stayed with West Brom as a coach and also had a spell as caretaker manager before becoming Roy Hodgson’s assistant.

His first permanent managerial post was at Portsmouth in 2011, after which he had a brief spell in charge of Blackpool before his move to Blackburn 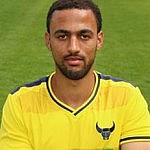 Kemar Roofe joined Oxford on loan from West Brom in February 2015 before signing a three-year contract in May 2015. He is an attacking midfielder who had been at the Hawthorns since signing as a schoolboy.

He had loan spells at Northampton Town, Cheltenham Town and Colchester United before coming to Oxford. Kemar can play on either wing or up front and has 19 goals in all competitions.

He has become known for scoring spectacular goals.

The Reds have won two of their last five games and are unbeaten in two following Tuesday’s draw with Carlisle.

They have lost on their last two trips away from the Wham Stadium, at Exeter and Carlisle.

United have lost three of their last five games in all competitions with their most recent win coming at Morecambe two matches ago.

They were beaten at the Kassam by promotion rivals Northampton in midweek and haven’t actually won a home league game since Boxing Day.

They’re third in the table, six points better off than Stanley but having played two more games.

He joins Matt Crooks, who serves the last of a two match ban, and Shay McCartan, for whom this is game two of three, on the banned list.

Matty Pearson has been receiving treatment to a back injury that forced him off on Tuesday and is rated at doubtful. Scott Brown missed the midweek game with a dead leg but could be in contention.

Oxford moved to the Kassam Stadium from the Manor Ground in 2001 and have played in the fourth tier of the Football League or the Conference there ever since.

The club’s record attendance there was set in 2006 when 12,243 saw a game against Leyton Orient.