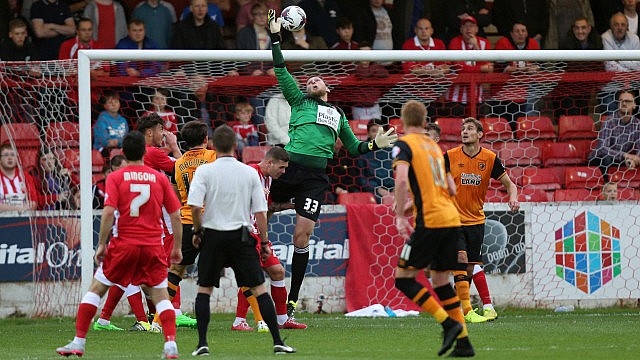 The unused substitute was dismissed after coming onto the field following an incident in the second half of the game that saw Stanley’s Shay McCartan and Crawley’s Simon Walton also red carded.

“I think between the referee and the fourth official they have got their wires crossed,” said manager John Coleman. “They both told me that Jason had grabbed someone by the throat, which he didn’t, so we are appealing that and we have to hope that justice is done and common sense prevails but you can never second guess these things.

“We hope it can be resolved before tomorrow night’s game. If Jason is banned for three matches we have a couple of irons in the fire and will probably have to bring someone in.”

The official website will have news on the appeal as soon as the club receives notification.