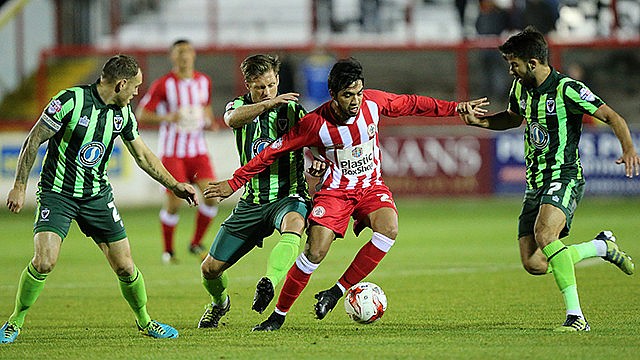 Gerardo Bruna has left Accrington Stanley to link up with Canadian side Ottawa Fury.

The former Real Madrid and Liverpool youngster joined Stanley in January 2015 but his first team chances have been limited.

He has linked up with former Liverpool winger Paul Dalglish, who is manager of Fury, for an undisclosed fee.

Argentinian Bruna said he has loved his time at Accrington but was now ready for a new challenge, with the transfer window just opening in Canada.

He said: “It’s been great at Accrington. I am disappointed I haven’t played as much as I would have liked but everyone has been superb with me.

“The fans have always supported me and I have made some really good friends here. I will be cheering them on from Canada and hope they can get promoted this season. The team has done well and I wish them all the best.

“It’s a new start and a new way of life for me in Canada and I just want to be playing regularly. I hope I can come back to a game some time in the future.”

Everyone at Accrington Stanley wishes Gerardo all the best.