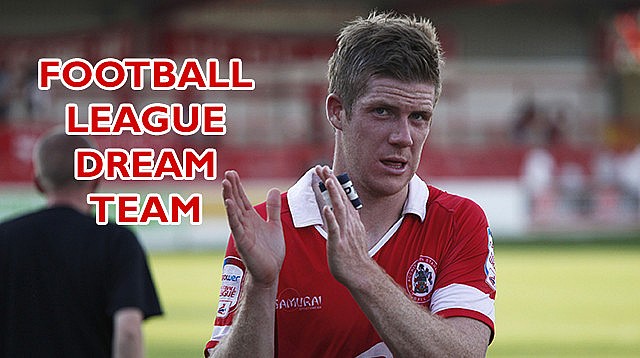 Now that the votes have been cast and the line up decided, we’re catching up with the players to find out their views and what’s happened to them since leaving the Wham Stadium.

Andrew John Procter has never been too far from a battle. Whether it’s been the fight to establish himself as a teenager at a higher level after leaving Great Harwood, the long slog of recovering from a serious knee injury to become a Football League mainstay or his current mission to return to the Stanley first team, the 32-year-old isn’t one to shy away from hard work. 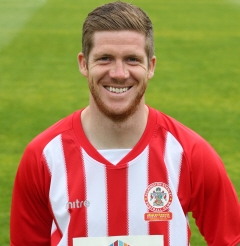 More than any other player the midfielder has been part of Stanley’s rise from the Unibond League to League Two, notching up over 400 appearances for the Reds along the way.

Two and a half years away, turning out in the colours of Preston North End and Bury, did little to diminish his fondness for the club and he returned last season to be part of the tenth campaign as a league club.

“I read a stat the other day that was something along the lines of eleven of the teams that were in our division the first season we were in the Football League are now non-league sides,” he explained. “When you look at the budget we’ve operated on over the years, just staying in there is an achievement in itself.

“But we’re not just happy to survive any more. The gaffer, Jimmy and the new owner are looking to kick the club on and things are looking really bright around the place.

“I think it’s credit to everyone that’s been involved over the past ten years that we are now an established League Two team.”

The limelight has never been Procter’s natural habitat. He’s a midfield artisan whose efforts lay the foundations for the master craftsmen of the past and present. It’s no coincidence that virtually every former player who selected a Dream Team picked Proc at number six.

Despite his reputation though, the former skipper has had his moments of individual glory and surely none bigger than two crucial goals against Macclesfield in the penultimate game of the 2006/07 season.

“I remember that game clearly,” he said. “Paul Ince was their manager and it was a real end to end game in blustery conditions. I managed to pop up with a header in the first half. There’s a video on Youtube of Eric Whalley, God rest his soul, suggesting that it was the first time I’d got in the box all season!

“For the second one I was out on the left wing, played a bit of a one two and kicking with the wind wrapped my foot around it and fortunately for me it went in. Looking back now it was a particularly important game for us staying in the Football League.

“I’m very proud of games like that but equally proud of some of the goals I scored in the play-off season. I remember scoring an equaliser late on at Stevenage that was great.

“I thought the play-off team were a great set of lads and I was fortunate to be their captain. I was unbelievable proud to captain the club to the play-offs and was just really disappointed that we went out with a bit of a whimper in the end.” 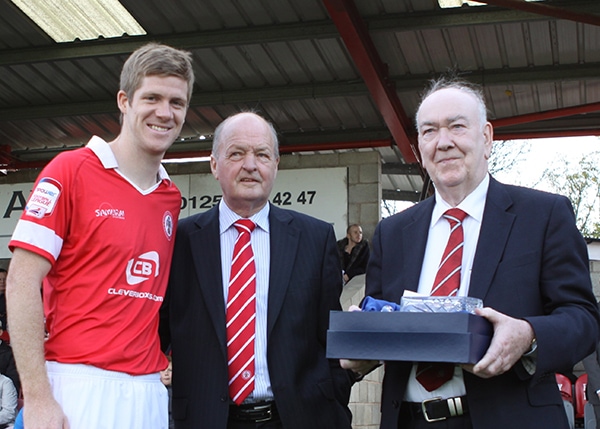 Soon after that play-off campaign came his big move to Deepdale that saw Procter end up captaining Graham Westley’s North End side.

“I remember the phone call coming through and then leaving the (Accrington) coach on the way to Aldershot,” he recalled. “I didn’t sleep for about three days and then made my debut at home to Leyton Orient that weekend with all the family there to watch. I was unbelievably proud, especially as that was where I was a schoolboy. To go back as a player and captain the side was a real feather in my cap.”

Good times and bad times followed for both the Lilywhites and Bury before Procter came home in September 2014.

“I spoke to James Beattie, we had a meeting and the rest is history. I’m thankful to him and the club for bringing me back and then John and Jimmy came back and I felt we’d challenge for promotion but we lost a couple of big players and fell away.

“The lads have managed to carry on that momentum this season and hopefully it will be Accrington Stanley’s best season yet.”

So far though it’s been a campaign largely without the familiar sight of Procter in the middle of the park. A broken ankle at Burton last yearr saw him sidelined and Paul Mullin’s club appearance record remains tantalisingly nine games away from his reach.

“It’s something I’m not thinking about at the minute,” he insisted. “I’m focusing on putting on a few coaching sessions for the lads, doing some fitness work with some of the injured lads and working on my own fitness.

“I haven’t just been sat sulking, I have been mucking in and I’d obviously love to get the record because it’d be another massive feather in my cap. You only have to look at some of the lads that have played for this club over the years. To surpass all their appearances would be brilliant. It’s just not something I’m banking on at the minute!

“Looking long term I’d love to stay on at Accrington whether that be as player, player/coach or whatever. I’d love to stay in and around the place. This is the perfect club for me to transition into my next career but that’s not something I’m looking to do at the moment. I’m only 32 and I think people forget that sometimes.

“I have no plans to retire just yet. In League Two you live from year to year but I still hope to have a positive contribution to the club this season and beyond.”

Very much like Accrington Stanley, you write Andy Procter off at your peril…