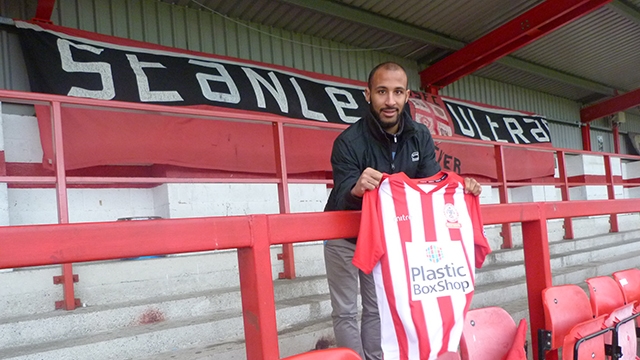 Rommy Boco wants to make some more history in his third spell with Accrington Stanley.

The Benin international rejoined the Reds at the weekend after leaving Portsmouth.

Now he’s out to better his previous achievements with the club, which include promotion from the Conference, Stanley’s first Football League goal in 44 years and League Two survival in 2013.

“To score another important goal, maybe in a play-off final, would be lovely, but I still want to play for a few more years so it isn’t just about one moment,” he explained. “In my head I just want to be successful, to have the opportunity to take the club to League One and a few more good years in football.

“I’d like to think we could win promotion again. Obviously it’s a tough league and the clubs that are in front of us are much bigger but we believe we can win promotion and we’re playing for that. We will do our best and the way it is looking at the minute we have a big chance to finish up there.

“The management team have already got an Accrington team to the play-offs in the past so that is a target. I think there are still 21 games left. Why not?” 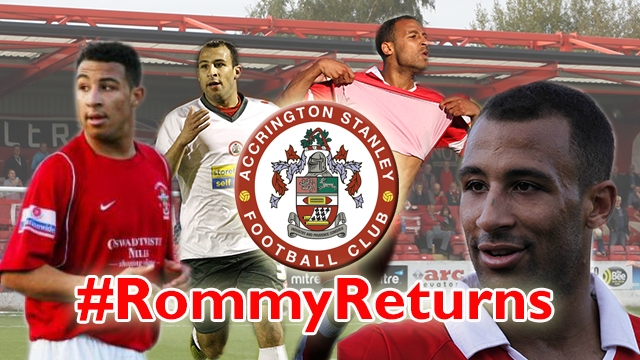 Boco has played in India, Ireland and China and for a number of Football League clubs since scoring his historic goal against Barnet in 2006 as a 21-year-old.

He’s now returning as a senior pro and sees a group of players well prepared for a successful campaign.

“My main goal is to come here and to try to make it into the team and perhaps add a little of my experience of the league,” he said. “I just want us to carry on and keep the team up there. It’s something im sure everyone wants. It’s been a good start but we need to finish it and make sure there’s a reward at the end.

“I don’t see any stress in the changing room. The lads seem to be cool and calm. I came from Portsmouth and there’s so much pressure there at being fourth in the league. The expectation is more than that. We lost only a couple of games but the pressure was still there. That’s not the case here. The lads are doing well and we want to carry that on.

“You need competition and I think it’s good for the people who play to see that there are good players behind them and pushing them to play a bit harder and carry on. Competition and players doing well can only go one way and that’s to success.”