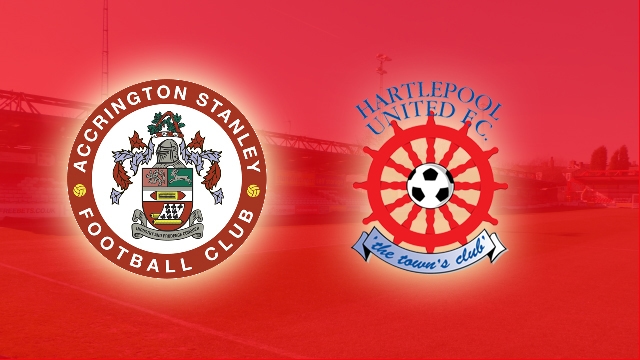 Stanley once again hope for kinder weather as Hartlepool United make the trip to the Wham Stadium tomorrow.

It’s a rescheduled game, with the initial fixture called off due to a waterlogged pitch, and now the Reds will hope to beat the elements and their opponents to record a long overdue home win. 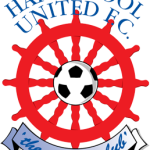 Hartlepool were relegated from League One in the 2005/06 season but only spent one season in League Two after finishing in 2nd place in the table in the 2006/07 season to make an immediate return to League One.

They then spent the next six seasons in League One and were relegated back to the fourth tier in the 2012/13 season.

Last year they were in relegation danger until a late surge saw them safe, with Ronnie Moore’s side eventually finishing in 22nd spot. 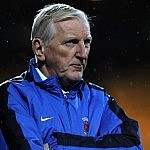 62 year old Moore is currently in his seventh managerial role after taking over as Pools manager in December 2014. He started his managerial career at Southport and has also had two spells as Rotherham United and Tranmere Rovers manager and also a spell at Oldham Athletic.

Prior to being a manager, Moore had a successful playing career making over 600 appearances for a number of clubs, including Tranmere Rovers, Cardiff City and Charlton Athletic. 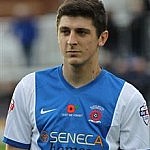 Still only 19, highly-rated Gray caught the eye of Pools boss Ronnie Moore after scoring seven goals in 11 games for The Eagles’ Under-21 side.

The Reds returned to winning ways two weeks ago by picking up all three points at Mansfield.

Their last five games have come away from home with the last match at the Wham Stadium taking place in mid-November.

United picked up their first league win in five against Wycombe at the weekend.

Their form has been somewhat inconsistent this season with Moore’s men enjoying a run to the third round of the FA Cup but also suffering some frustrating league defeats.

They are currently 21st in League Two, six points clear of the relegation places but with a number of games in hand on the teams around them.

Dean Winnard needs surgery on a chest muscle injury and is likely to be sidelined for the foreseeable future.

A groin problem continues to dictate that Josh Windass is a doubt though new signing Brayden Shaw is added to the squad for the game.