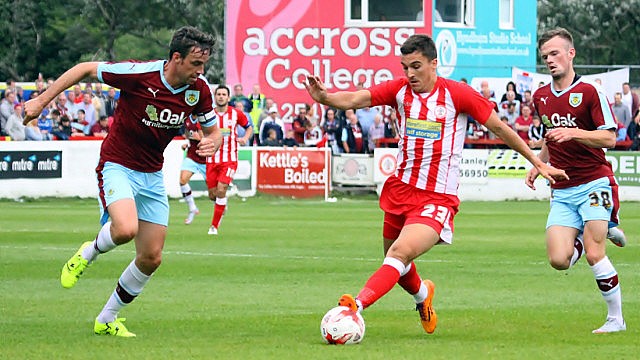 Adam Morgan has left the club by mutual consent.

The former Liverpool striker signed for Stanley in the summer but has found first team opportunities limited.

“It’s a shame for Adam that it hasn’t worked out for him here. He is a good character around the place but he wants to play football,” said manager John Coleman.

“He has dropped down the pecking order and both parties felt it would be best if he decided to look elsewhere. There is no animosity, he leaves with our best wishes and our thanks for his efforts.

“Everyone in your squad can’t play, you can only pick 11. It’s the way it has panned out. We decided to go with one main striker and Adam has found it difficult to break in and take that role.

“He obviously has a talent and can score goals and hopefully he will get the opportunity to do that somewhere else.”

Everyone at Accrington Stanley wishes Adam all the best in the future.