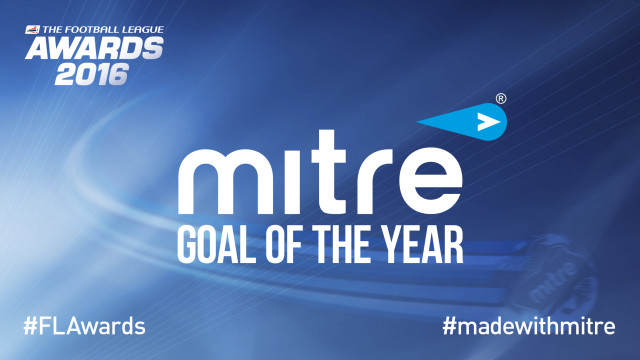 Mitre goal of the year

The Football League have launched the search to find the Mitre Goal of the Year for 2015 and we are asking for your help in deciding which of our goals from the last 12 months should be put forward as our nomination.

We can nominate one goal from any Football League competition in the 2015 calendar year, to include goals scored in the Sky Bet Football League, the Capital One Cup and the Johnstone’s Paint Trophy.

We want fans to help us decide our club nomination by tweeting their favourite goal of 2015 to the club’s official account @ASFCofficial by 5pm on Sunday 31st January.

The most nominated goals will then be put forward to manager John Coleman to decide which one gets the final nod.

Our nominated goal will then be entered in the Mitre Goal of the Year category at the Football League Awards 2016 held at Manchester Central. A judging panel will then review the goals with a selection being shown on Channel 5’s Football League Tonight Show. Fans will be given the opportunity to vote for goals to make the final shortlist of five, with the overall winner being decided at the glittering Awards ceremony at Manchester Central on 17th April 2016.

To find out more about The Football League Awards please visit flawards2016.co.uk