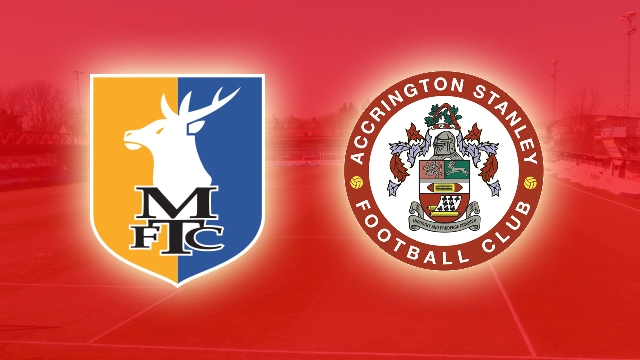 2016 begins with a trip to Mansfield Town for the Reds.

John Coleman’s team will be looking to start the New Year with three points and stay in touch with the League Two play-off places. 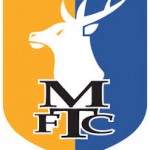 The Stags are into their third season back in the Football League and will be keen to continue the process of cementing themselves in League Two, with an eye on challenging higher up the table.

Last season they had a brush with a relegation battle but ultimately finished 21st and seven points clear of danger.

This time out they’ve been challenging for a play-off place, occupying a top seven berth until a month or so ago. 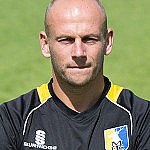 Adam Murray took over at Mansfield in a caretaker role in November last season before becoming manager in December.

He faced a battle to keep them in the Football League last season but they finished in 21st spot – seven points clear of the bottom two. He admitted he was relieved his first season was over after a tricky time and will look to improve this season.

Murray has amassed a wealth of experience within the professional game, having made more than 500 appearances during his 17-year playing career and winning promotion no fewer than five times.

The midfielder started his career in the Premier League at Derby County and also has Carlisle, Torquay, Macclesfield, Oxford and Luton on his CV as well as three spells at Mansfield.

Talisman Matt Green showed no hesitation to put pen-to-paper on a contract with Mansfield during the close season.

Green is fondly remembered by Stags supporters for his exploits in their title-winning Conference Premier campaign in 2013.

The striker won the divisional ‘Golden Boot’ award for his exploits that term as he weighed in with 25 goals in the league before joining Birmingham City.

Overall, he scored 57 goals during his first spell at the club and has stated his intentions to become Mansfield’s all-time top scorer during the next few years.

The Reds have lost two of their last three matches, in the FA Cup at Portsmouth and on Monday at Northampton.

This is the last of a spell of away fixtures caused by postponements at the Wham Stadium before a run of games at home and John Coleman will be keen to go into that spell with three points in the bank.

Stanley sit eighth in League Two, only a point outside the play-off places.

The Stags have drawn their last three games 1-1 after signing off November with a good win at Barnet.

They’ve won once at home since early October.

Murray’s men are eleventh in the table, just a point worse off than Stanley.

Coleman says he has a few niggles to contend with ahead of the trip and has tapered down training for those struggling with knocks.

Defender Dean Winnard has returned to the training pitch but is described as not yet 100%. 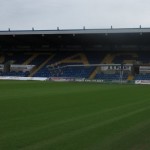 The Stags moved to One Call Stadium in 1919 after previously playing at Radcliffe Gate and Newgate Lane. The current capacity of One Call Stadium is 8186, and the record attendance inside the stadium is 24,467, which was set when the Stags hosted Nottingham Forest in the FA Cup in 1953