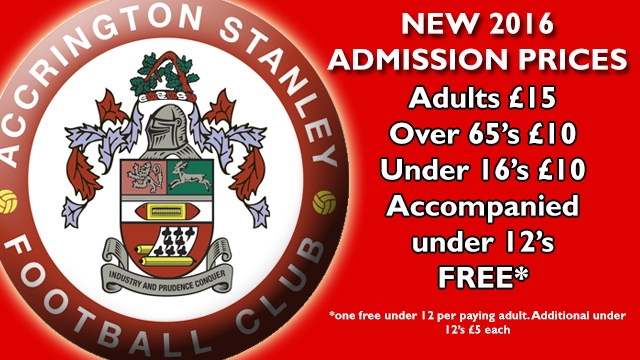 You spoke and we listened – Accrington Stanley have cut their admission prices for 2016 starting with Saturday’s clash with Notts County.

The Reds are pushing for promotion this season and it’s a great chance to cheer them on at a cheaper price- especially as our next three games are at the Wham Stadium.

You should also see goals as the Reds have scored in every home game this season – hope we don’t jinx that!

Come and see the entertainment for yourself but here is why Stanley’s star performers think you should come to the Wham Stadium.

Defender Matty Pearson says: “We have an ambitious set of lads and we all genuinely believe we can achieve automatic promotion.”

Goalkeeper Jason Mooney is urging: “Come and watch the little local club doing big things” while captain Seamus Conneely says: “Get behind the team for the final part of what could be a historic year for Accrington Stanley.”