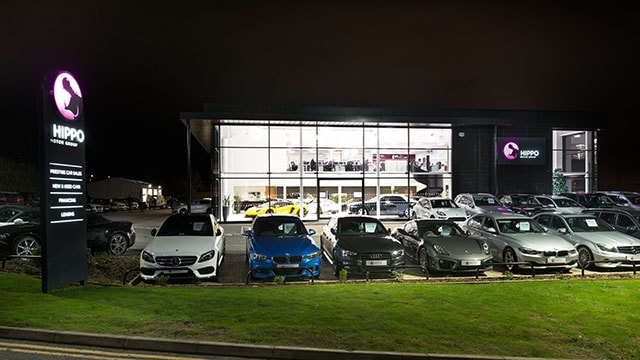 Hippo Motor Group are helping to keep Accrington Stanley’s promotion push on the road – and they can help fans save money on a new car and in the Stanley Store.

They will also be present at a couple of home fixtures at the Wham Stadium, with special promotions for Stanley fans.

Hippo have linked up with a number of East Lancashire grassroots sport clubs already including a netball team and number of amateur football teams.

Speaking about the agreement, Hippo Motor Group Marketing Manager Antony Anderson said: “This is an exciting chapter in Accrington Stanley’s story, and we’re incredibly excited to be a part of it.

“Reds manager John Coleman was recently quoted saying he firmly believes this is the strongest team they’ve ever had and the league table suggests the decima season could be another one to remember.”

Visit the Hippo Leasing website at http://www.hippoleasing.co.uk/ to view their latest deals, or to get a quote, and all customers using the code STANLEY100, either online or on the telephone, will get a voucher for £100 to spend in the Stanley Store.

Hippo Motor Group also specialise in leases for those with may have struggled to get credit elsewhere, visit http://www.hippoleasing.co.uk/subprime-cars for more details!