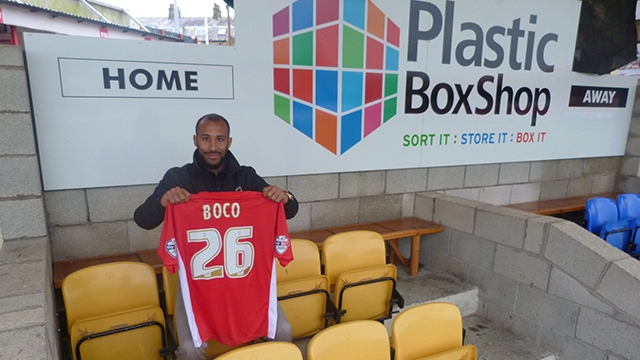 The man who scored Accrington Stanley’s first goal back in the Football League is heading home.

Club legend Rommy Boco has rejoined the Reds on a deal until the end of the season after leaving Portsmouth.

The Benin international made 141 appearances in two previous spells at the Wham Stadium, scoring 19 times, and is pleased to be returning. 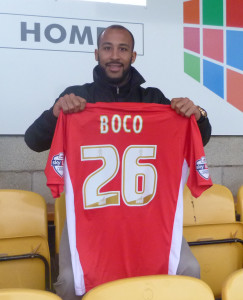 “It feels good to be back home,” said the 30-year-old. “I know the staff and a few of the players and the place. Accrington gave me a chance to have a career in football and it was by doing well here that I got moves to elsewhere. It’s a pleasure to be here again.

“I’ve played elsewhere and it’s been a good experience. I had a great six months at Chesterfield, played for great clubs in England and abroad but Accrington is the club in my heart. The fans and the people at the club have always been behind me and now I have the opportunity to be back here and give something back to them. That’s nice.

“I haven’t changed. I’m getting a bit older obviously but I’m the same type of player. I give 100% and I want to do the best that I can for the club that I love.”

Rommy will be reintroduced to supporters at this afternoon’s home game with Bristol Rovers.

He’ll take his original 2005 squad number of 26 and this deal remains subject to Football League approval.