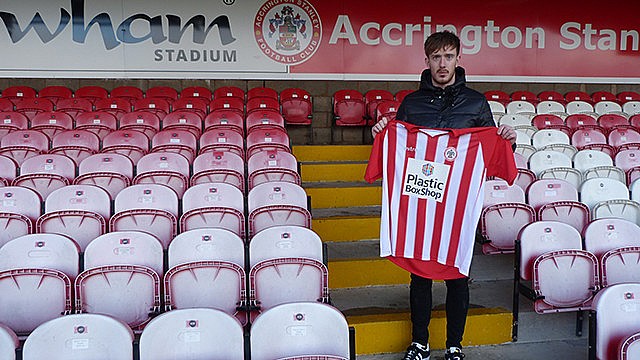 Brayden Shaw has signed a short term deal with Accrington Stanley after impressing during a one-month trial.

The 18-year-old, who can play on either wing, signed a six-month professional contract with League One side Bury last summer but, after failing to break into their first team, came to the Wham Stadium.

Stanley boss John Coleman has been impressed with Shaw, who is from Darwen and went to St Wilfred’s.

“I am delighted to sign for Accrington,” said Shaw. “Not breaking into the first team at Bury was disappointing and I am hoping to change that this time.

“Hopefully I can come in and, when I get a chance, it’s up to me to make an impact.”

“He is an unusual player for his age as physically he is built like he is a lot older, he has unbelievable pace and has a good shot on him.

“He is one we can develop.”

Shaw takes the squad number 39 and is available for selection for tomorrow’s game with Portsmouth.