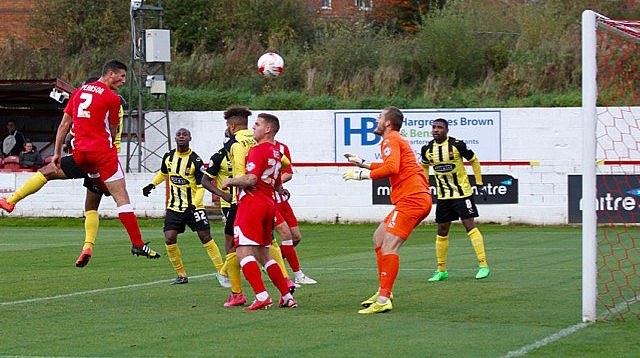 Stanley defender Matty Pearson has put pen to paper on a new contract with the club.

The 22-year-old will now stay at the Wham Stadium until summer 2018. 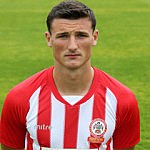 The former Blackburn and Halifax man has been an ever present so far this season since joining the Reds in the summer and he’s delighted to be staying.

“It’s great to have my future sorted,” said Pearson. “This club suits me as I live reasonably close by, we’ve been playing well and it felt right here from the moment I joined.

“This is such a warm club. You’re welcomed wherever you go and whoever you speak to and with the players we have at the moment I think we have a great chance of achieving something.”

“If you work with Matty every day in training you find out that he’s a breath of fresh air,” explained manager John Coleman. “His enthusiasm for football is fantastic and it didn’t take him long when I offered him a contract for him to sign it.

“We brought him in this summer, I knew him from Rochdale and I’ve got every faith in him and he knows that. He’s got better as the season has gone on and he thoroughly deserves this new contract.

“There was never a doubt that Matty could step back up to play in the Football League. He’s as good a defender as anyone in our league.

“He’s a good footballer and he’s probably a dying breed but I’d have eleven characters like him in my team every week. He’s the kind of player who leads by example and I think a lot of the players have a lot of respect for him as a player and a character. You need people like Matty who will go through a brick wall for you.

“We don’t have the finances to go and throw money at every Tom, Dick or Harry but what we can do is tie down players who we believe will be assets to us in the coming years. This is the start of many. There is one more who will definitely sign a new deal next week and there are plenty more that will be sorted as and when we can agree something.”